Fire is a natural phenomenon that has played a critical role in transforming the environment and maintaining biodiversity at a global scale. However, nowadays some species could have difficulties to recovery from fires from different fire regimes. Maps showing spatial species distribution and it study under fire regimes could contribute to envionmental management in the face of global change. The main objective of this work is to study the relationship between species distribution and fire regime at global scale. To the this end, we created a spatial species distribution map based on 1,086 species of forest birds from GBIF database, climate, social, topography, environmental and soil factors using maximum-entropy approach. On the other hand, applying an unsupervised K-means clustering approach for fire regimes were identified and mapped globally. Fire regime is explained in terms of seasonality, patches, size and variability of burned areas, a global dataset accesed from Fire_CCI project. The relationship between biodiversity and fire regimes is assed by Chi Square and Bonferroni test. The result show that there is a significant association between these variables with a p-value of 2.2e-16. It is observed that there is an association between large biodiversity ratios in fire regimes characterized by small patch and burned area while small biodiversity ratios were associated to fire regimes characterized by large and intense forest fire. 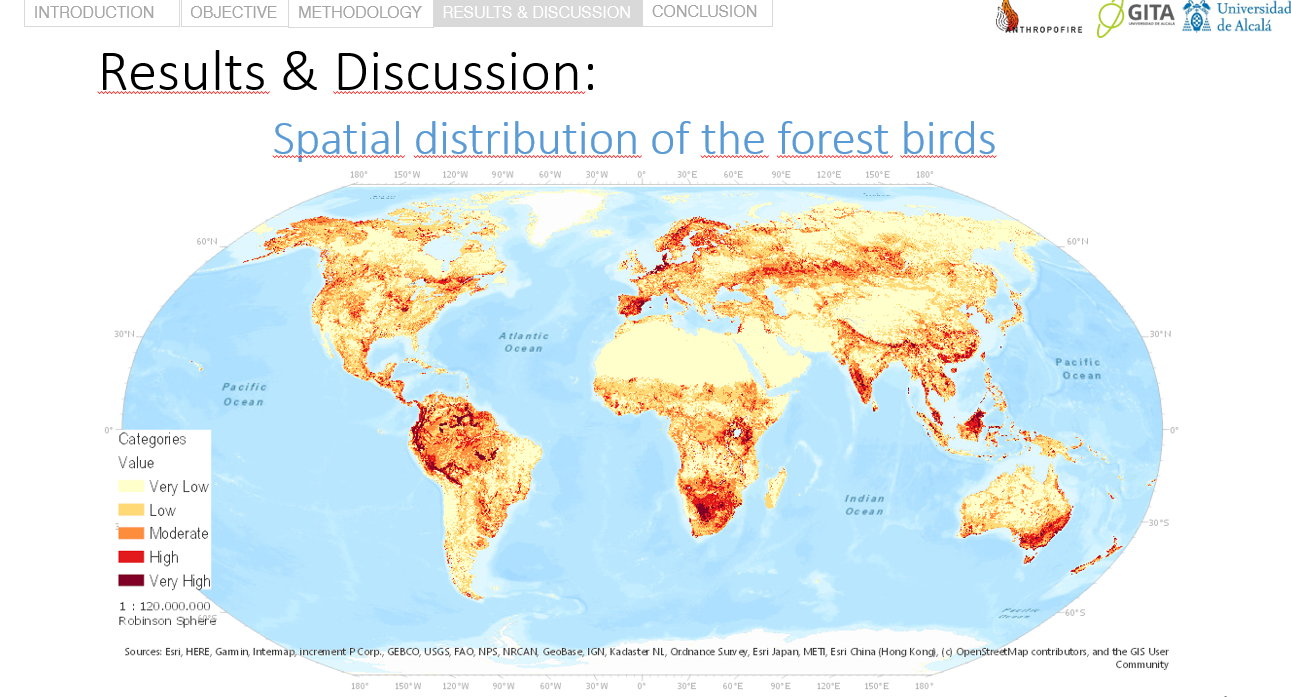 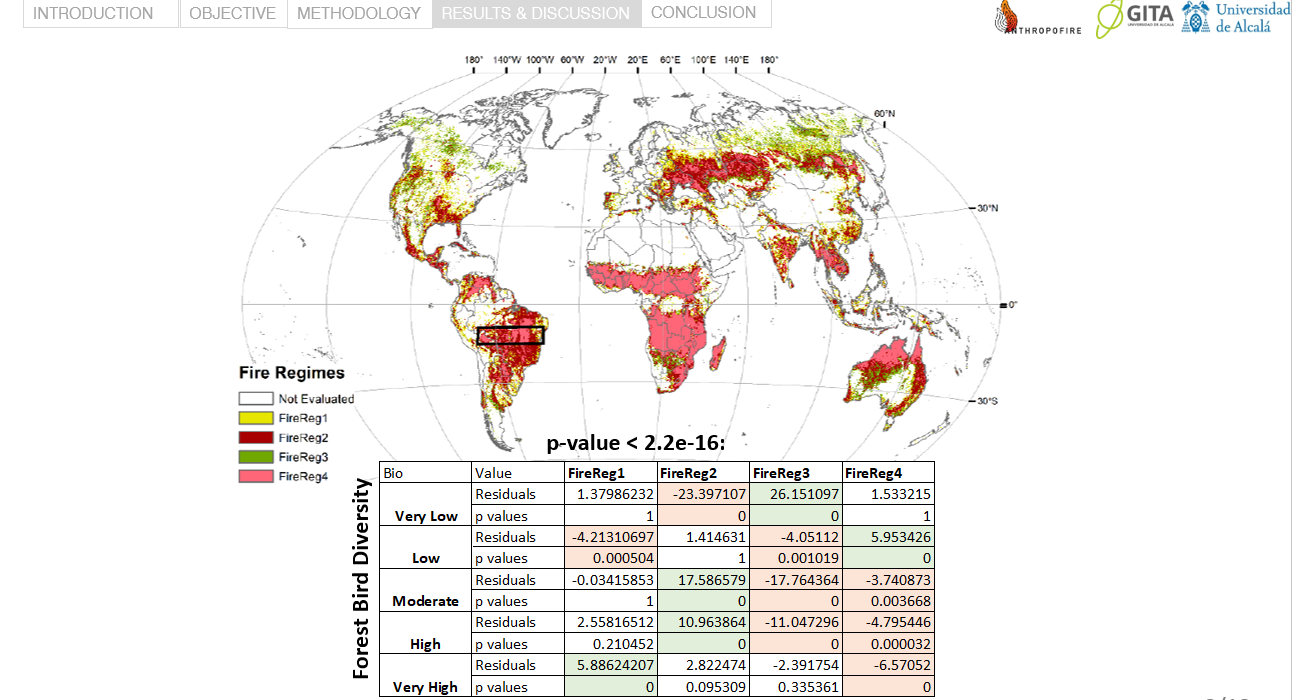 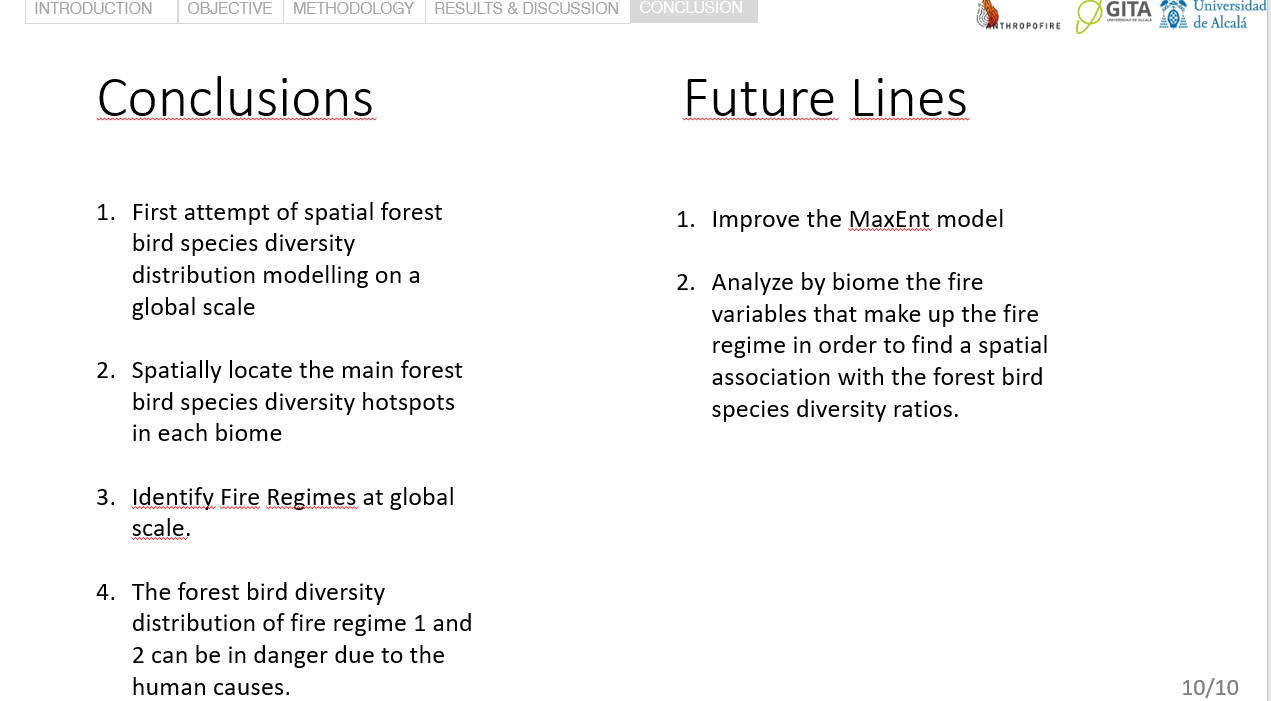