Work: Analysis of the importance of the main drivers in the occurrence of fires for three fire regimes (2000 – 2020)

The influence of anthropic activity on the fire regime has been increasing in recent decades, highlighting
the incidence of the socioeconomic and cultural context of the area.
The fires in Bolivia are related to changes in the NDVI. The deforestation experienced in its forests is
evident in the NDVI. This is also the most crucial factor in the occurrence of fires in Canada, being
associated with the existence of monospecific forests, species that generally have a pyrophilic character.
Also essential in Canada is the distance factor from human settlements. In Galicia, on the contrary, the
most influential factor in the occurrence of fires is tree cover. Galicia is the largest national producer of
pine and eucalyptus wood. The repopulation of these species in homogeneous and continuous masses
of fuel favours the occurrence and spread of fires. The topographical conditions of Galicia have also
been decisive since the accessibility and availability of fuel depend on them. Some differences have
been observed between 2000-2010 and 2011-2020, possibly attributed to climate change and the
increasing human presence.
Finally, it is worth highlighting the role of machine learning techniques in the predictive models carried
out, highlighting the Random Forest algorithm’s ability to reduce bias in the analyses. 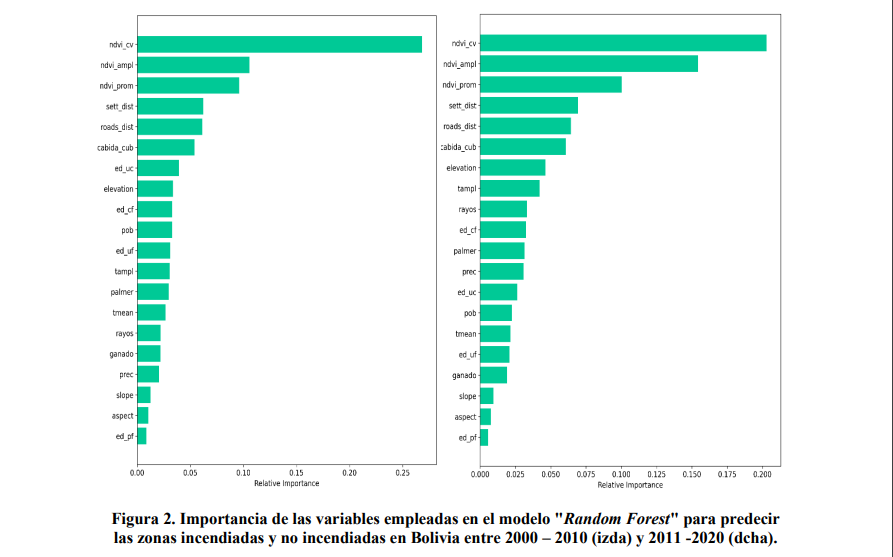 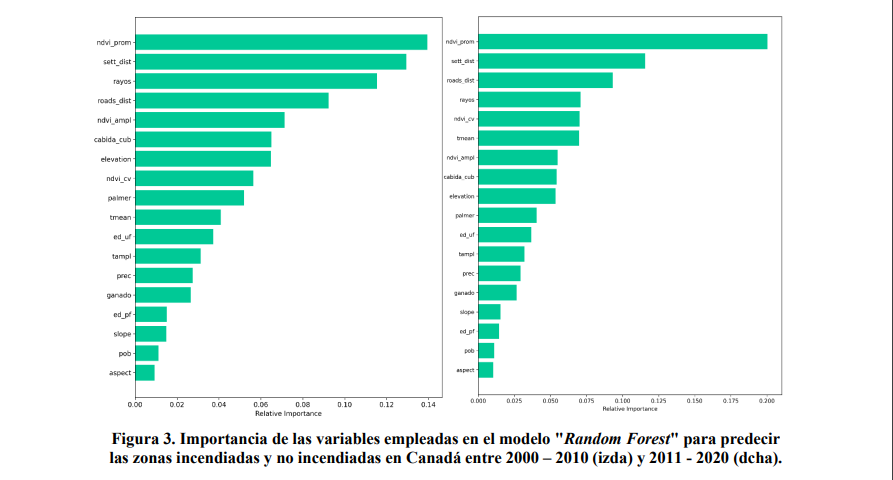